Have you ever dreamed of getting married overseas? With the costs of overseas travel falling, more and more people are saying yes to this question. As a result, overseas wedding tourists to Japan are increasing year by year, and there is a greater interest in capturing sales from these customers. In particular, tourist from Taiwan have generated a lot of interest. Not only are there a large number of Taiwanese tourists making repeated visits to Japan, but because Taiwan recently became the first country in Asia to legalize LGBT weddings, there are a large number of LGBT wedding tourists as well. Last month, in light of this news, we asked respondents in Taiwan their opinion on getting married in Japan, with the results below.

Forget the City, Let’s Go to the Mountains or the Sea

Our first question asked respondents, if they were to get married in Japan, where would they like to be married. Surprisingly, nearly two out of three respondents showed some interest in getting married in Japan. This give clues to the size of the market. Beyond that, the top three destinations for weddings in Japan were Hokkaido, Okinawa, and Kyoto, respectively. In contrast, urban settings, such as Tokyo, Osaka, or Nagoya, were significantly less popular. 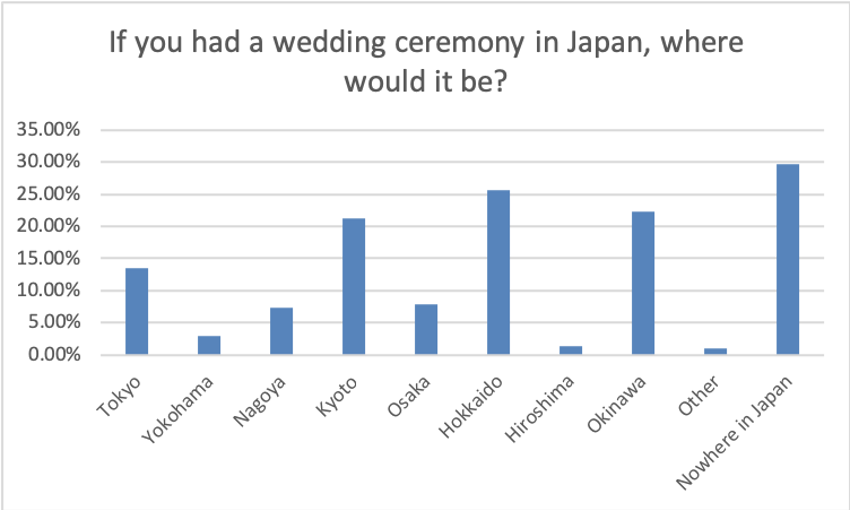 Broken down by gender, answers were largely the same, though men seemed to prefer urban areas slightly more than women. 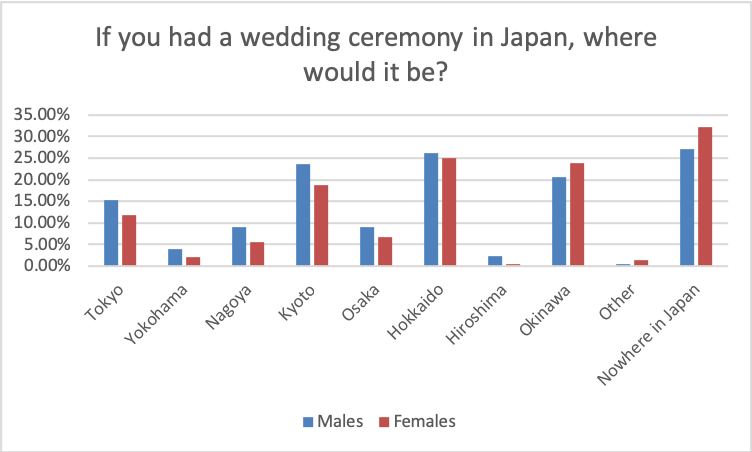 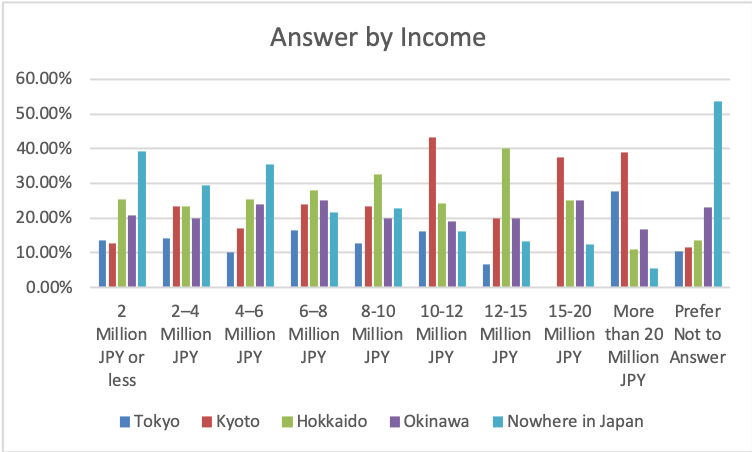 What does this data mean?

For wedding package plans and tours, it is clear that Taiwanese respondents want to get out of the city. Since those with a higher income are more interested in a Japanese wedding than those with less money, luxurious, high-end weddings represent a real business change.

Zero Party Data: The Pros and Cons of Using Incentives

The Impact of Tourism on Cross-Border Online Purchases

Syno and the Kyoto Tourism Association—Defeating Covid-19 Together

Zero Party Data: The Pros and Cons of Using Incentives

The Impact of Tourism on Cross-Border Online Purchases